How Does NOTS Function

What is the Negligent Operator Treatment System?

As one of the most powerful government agencies in the State of California, the California Department of Motor Vehicles (DMV) is tasked with the responsibility of issuing the California Driver License to those applicants who qualify.  Once the department issues a driver license, it then begins a life-long oversight of that driver to ensure they always maintain the Skill, the Knowledge and the Physical and Mental Fitness to drive.

Conventional wisdom dictates that by monitoring the driving history and behavior of all drivers, the DMV may be able to identify those people who pose a threat to the motoring public through their dangerous or negligent driving practices.

The California DMV uses a graduated system of computer monitoring, computer generated warning letters and then increasingly punitive penalties to prompt the appropriate compliance of accused drivers.  Known as the Negligent Operator Treatment System (NOTS), the DMV seeks to promote public safety by suspending or revoking the driving privilege of any driver it deems unfit to drive. 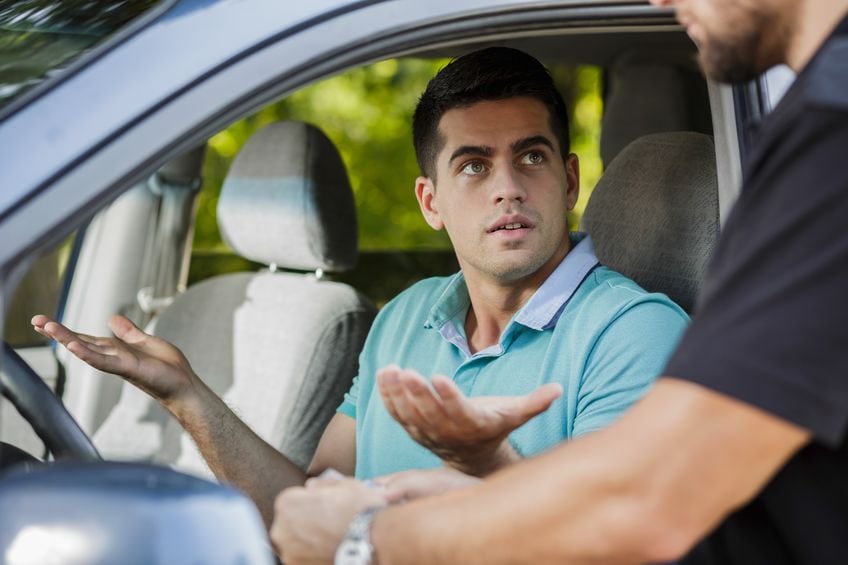 The DMV assigns a certain number of “points” to each person’s driving record when they are convicted of certain moving violations or crimes.  The DMV also assesses points to the record of those drivers who cause or contribute to a traffic collision.  The Negligent Operator Treatment System may also be activated by certain driving behavior even if no conviction occurs.  A classic example of this is being accused of Road Rage.

As stated above the NOTS system will generate an increasingly punitive series of Notices and Orders to a driver who has come into the department’s focus.  The four levels of action taken by the DMV are:

Level 1: When a driver accumulates 2 violation points within a 12 month period,the DMV will send a warning letter encouraging the driver to be more attentive to safe driving.

Level 2: When a driver accumulates 3 violation points within a 12 month period, the DMV will send a stern letter cautioning the driver that a suspension of their driving privilege is imminent if they do not modify their driving behavior.

Level 3: When a driver accumulates 4 violation points within a 12 month period, the DMV will send an “Order of Suspension/Probation” which effectively takes the person off the road for a minimum of 6 months.

Level 4: If a driver has been placed on driving probation and receives an additional violation point, the DMV will send an “Order of Revocation for Violation of Probation.”

How Do I Become a Negligent Operator?

Through a series of computer data bases, law enforcement referrals and court abstracts, the DMV will monitor the accumulation of “points” on a driver’s record.  The Negligent Operator Treatment System will automatically flag a person and identify then as a Negligent Operator when there is:

How Does the DMV Receive Information about my Driving Behavior?

Court convictions: Any time a driver is convicted by a court for a simple moving violation, the court sends an electronic message to the DMV. The DMV immediately assesses a violation point and adds it to the driver’s record.  When a person is convicted of certain types of driving related crimes that is also reported to the DMV.

Law Enforcement Agencies: Any time a law enforcement officer responds to the scene of a traffic collision and prepares a report, the information contained within that report is reported to the DMV.

In instances of Road Rage, no court conviction is required. If a law enforcement officer reports to the DMV that a driver has been involved in an act of Highway Violence, the NOTS system will initiate and the driver will be labeled a Negligent Operator.

Citizen Reports: Any person may report a negligent driver to the DMV and in today’s world of advanced technology; it is common for the DMV to receive a complaint from a person that is backed up by video footage or photographs.

Driver License Compact: Committing a moving violation out-of-state does not protect you from being reported to the DMV.  The Driver License Compact is an agreement between states to exchange information between a driver’s home state and state where the motorist committed a moving violation or was involved in a traffic collision.  A weakness in this system is that some states will report incidents to California that should not accumulate points.

What Can I do to Protect my Driving Privilege?

If you have received a warning letter from the DMV, heed that warning and make necessary changes to your driving privilege to keep you off the DMV’s radar.

If you have received an Order of Suspension, it is critical that you react quickly.  Contact the DMV Defense experts at California Drivers Advocates so we can begin the process of protecting your driving privilege.

Mistakes are made by law enforcement agencies, courts and the DMV.  Being labeled a Negligent Operator can be rebutted by the introduction of credible evidence.  There are several tactics that can be used to keep you on the road.  Don’t let the DMV steal your driving privilege without a fight.  Call CDA today.

Quality DMV Defense isn’t something we preach, it’s what we practice. Our team is highly trained and experienced in every facet of our industry. This means that you’re in the best possible hands and protected by a team of professionals who care.

When it comes to protecting your driving privilege, results are everything. We’ve conducted scores of DMV Administrative Hearings and our results are among the best in the State. Our goal is to win and that means you keep driving.

Quality DMV Defense isn’t something you plan on needing. If you need quality representation but funds aren’t available you shouldn’t compromise on your future. We offer a variety of payment plans to fit your needs, including Retainer Fund.